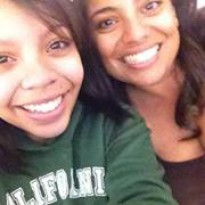 Holy Shit! There are few times that I have come across a character so powerful that before he is fully introduced in a book that I am already wet with anticipation to finally meet him. Carter Reed is this man. Just the way he was portrayed prior to a proper introduction I knew I was a goner. The way he is described is just WOW!

"He was gorgeous with striking cheekbones, blue eyes that reminded me of a wolf, and dark blonde hair. All of that plus  a six foot two lean build with muscular shoulders."

I wasn't really sure what I was getting into when I signed up for this blog tour, but reading the synopsis I just knew this was going to not be the run of the mill book. I am so glad I listened to myself.

The book focuses on Emma and the things she does to help and protect her friends, by doing what she did it put her in danger. Her brother (who was murdered) told her if she ever needed anything to go to Carter Reed (his best friend) and he would take care and protect her. This is where it gets interesting. Carter grew up with Emma and her brother but, once he was murdered they sort of lost touch with each other. Carter now is part of the mob. Now I have watched many mob movies and read enough about the mob to know how ruthless they are. I was a bit apprehensive and scared for Emma. As the story unfolded I began to fall in love with Carter. Who am I kidding I was obsessed with him even before he had actual dialogue. 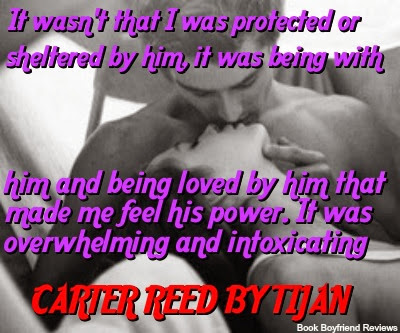 I know you all know that I love a good book with drama, hot men, and well just a good plot. This book took all of those things I crave and much more. Emma is a strong character. She made certain choices and did what she felt was necessary for her survival as well as her friends. There were times I felt that Emma needed to check herself. She would rush into certain things without thinking things through. She is a great friend and is willing to do whatever she can to ensure that the people she loves are always taken care of.

Carter, is...I don't even know what words I can use to describe him....lets see he is caring, thoughtful, successful  dangerous, mysterious, smart and so fucking hot. He will go to the ends of the earth to protect Emma. He also made decisions in his life to ensure the survival of those he loves. Let me tell you this, he radiates so much sex appeal off the pages that I was a puddle of wetness and he hadn't even touched Emma yet. It is that HOT! Man oh man what he can do with his hands. Never had I thought that any man could top Travis Maddox but let me say that Carter Reed has.

This book had me hooked from page 3. I could not stop reading and when I had to, I just kept thinking about the book and what would happen next. It was amazing because it is so unlike other books that I have read recently. Yes, there is a love story but I mean the plot line. There are twists and drama. The story of Emma and Carter is told so well that I was not left feeling like I needed more. Carter's love for her shows and I melted anytime he spoke to her about how he would protect her. When he tells her what and why he does/did things made my heart swell and fall further in lust with him. The author did a great job in keeping the story flowing well. I never felt as if there were things missing or not adding up. Even though this is a book with mobsters she did a great job in making me feel like I was there in the midst of it all.